THE PLAY TOWN - A School For Life And Learning

The Wide Horizon in Brief

“Those who drive up a mountain with their car on a paved road, will experience the mountain in a different way than those who walk up on foot paths, crossing boulders and shrubs on the way. They have arrived in a different way, despite the fact that from their mere physical presence one will not be able to detect any differences. They look the same, they feel the same wind, the angle of the sun is identical. However, the mountain on which they are standing is completely different for them. Knowledge which is absorbed and communicated in such a way that one can no longer feel the obstacles, the disturbing, confusing or fascinating experiences, which they have brought about – this knowledge retains a flat taste…

The building of motorways to the peaks of culture, the sources of wisdom, it all has its price. You just tick off errands and are in charge of the situation without feeling any emotion”

This quote truly describes the core of the concept and the practical experience made regarding the Play Town. Created with an uncomfortable feeling about the predominant formal understanding of learning as such, which was trying to eradicate all obstacles in this process, the didactic concept of the Play Town is based exactly on the children being actively involved in the production of their learning processes.

Since the obstacles usually arise from the social and cultural daily life of the children, their facts have to be an integral part of their learning environment. The possibly confusing as well as the fascinating experiences should not be excluded, as distracting as they might seem. Not only because of the fact that children do not solely draw their knowledge from formal, structured offers to learn, but often from the quarries of everyday life, from information channels they were not supposed to access, from events which are not intended for their eyes and ears.

From the start, children learn about the world in a far more extensive way through learning characterized by immediate experiences, which are memorized in the process, if they are available or made available for them to process. Otherwise they will create an amorphous or raw perception of the world, full of

Without being asked they are the seismographs of the cultures of the adult world and detect changes and cracks faster and in a more unvarnished way than the adults themselves.

Learning is inevitable, anthropologically speaking, embedded in social processes of life together with movement and action, accompanied by emotions, characterized by surprises, by the unexpected, by influences of the most diverse kind. It is never a clear, linear or definable process.

All this results in the pedagogic insight that connections have to be established between the living environment and the learning environment, which compare the conveying and subjective perception of knowledge with the social realities children grow up in. If learning is not based on this, the social and cultural task of pedagogics is missed.

Its task should (as it is different in reality) basically consist of the creating of learning environments, which initially allow life in general and which allow children’s activities and actions in real time and without restrictions and which provide the necessary items, tools, materials and media for independent learning.

The handling of objects must be explained by adults, but the explaining must be done in a way that the curiosity and love to experiment and inquisitive minds of children are kept alive and encouraged. The gap could be bridged by recognizing the method used by children in learning about the world, which is by playing. In doing so, they learn, acquire knowledge and at the same time they can assure themselves of the social aspects of their world as well.

The Play Town as Living Environment

The Play Town is both pedagogically intended and didactic and as a game, it possesses all of the characteristics that are attributed to games played by children: entertaining, loud, action-oriented and paced according to the children’s own rhythm. It is often hard for adults to accept this and acknowledge it as a principal, since the forms of their own learning experiences are opposed to such a change of methods. 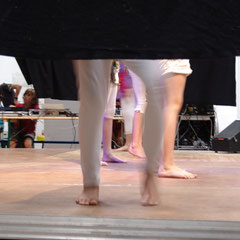 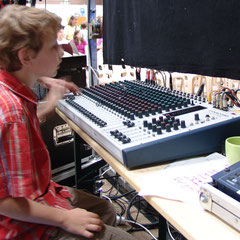 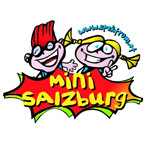 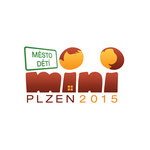